An audiovisual project with four different states which present four different visuals and audio effects. I did some sample playback experiments, like speed changing(FM), samples manipulating by using the oscillator to control some parameters, and of course, amplitude modulation. The main rhythm is created by a phasor that gives 6 beats in 8 seconds.
This solar system has 4 states:
Waiting - there is only orange and grayscale color in the universe. All small planets twinkle when we send a Morse code "HI" to space every 8 secs.
Responding - the space color change to black. planets and stars become colorful | as well. We receive a signal back from "the unknown" which last for 7 secs at one cycle.
SpeedUp - speed up the time (planets move faster)
Chaotic - all the small planets lost the original gravity, their orbits disappear.
. Meanwhile, instead of having an ambient sound(soundtrack from NASA) as the background music, we have a "peaceful" manipulated sound sample for this chaotic state.
------------------ Keyboard Interaction ------------------
By default - "Waiting" 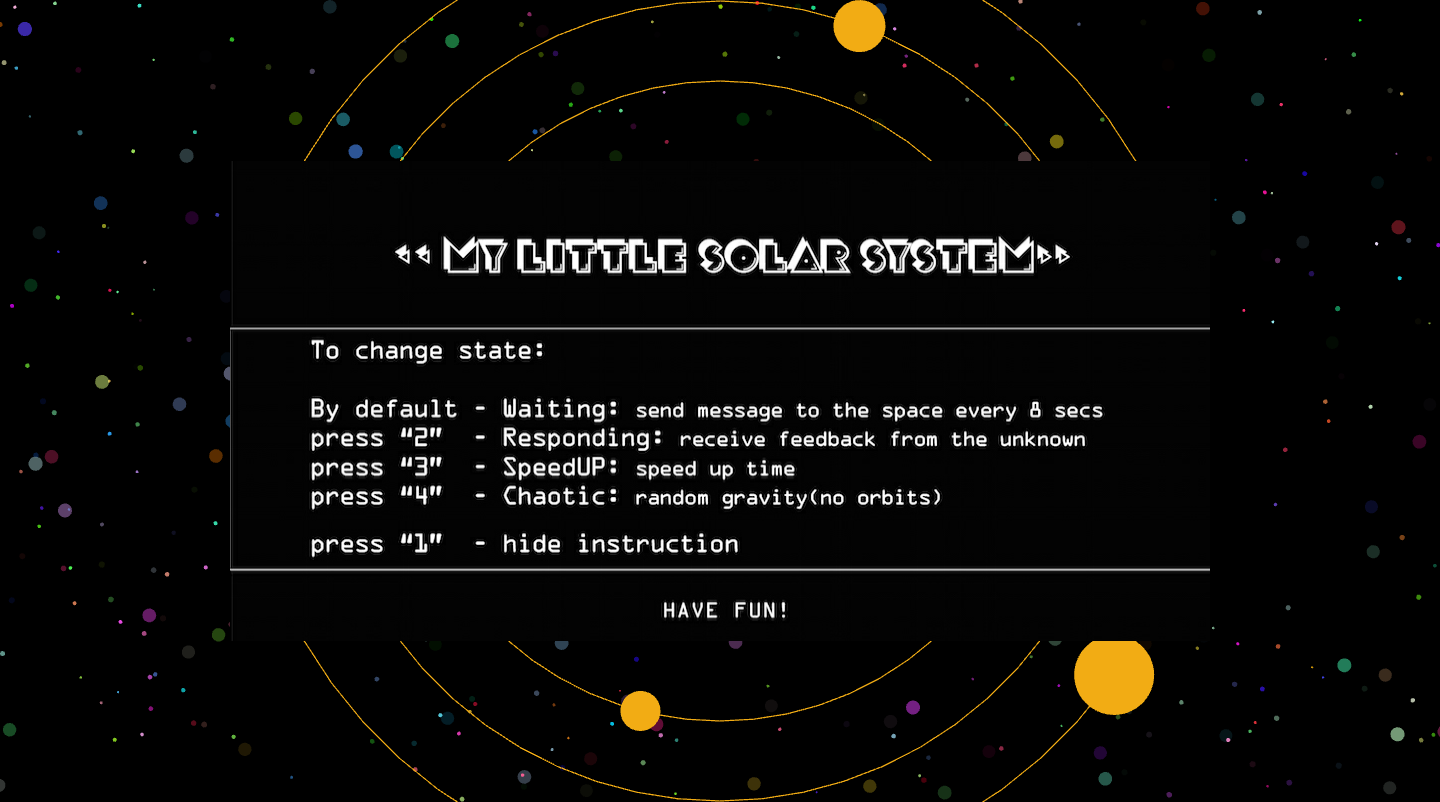 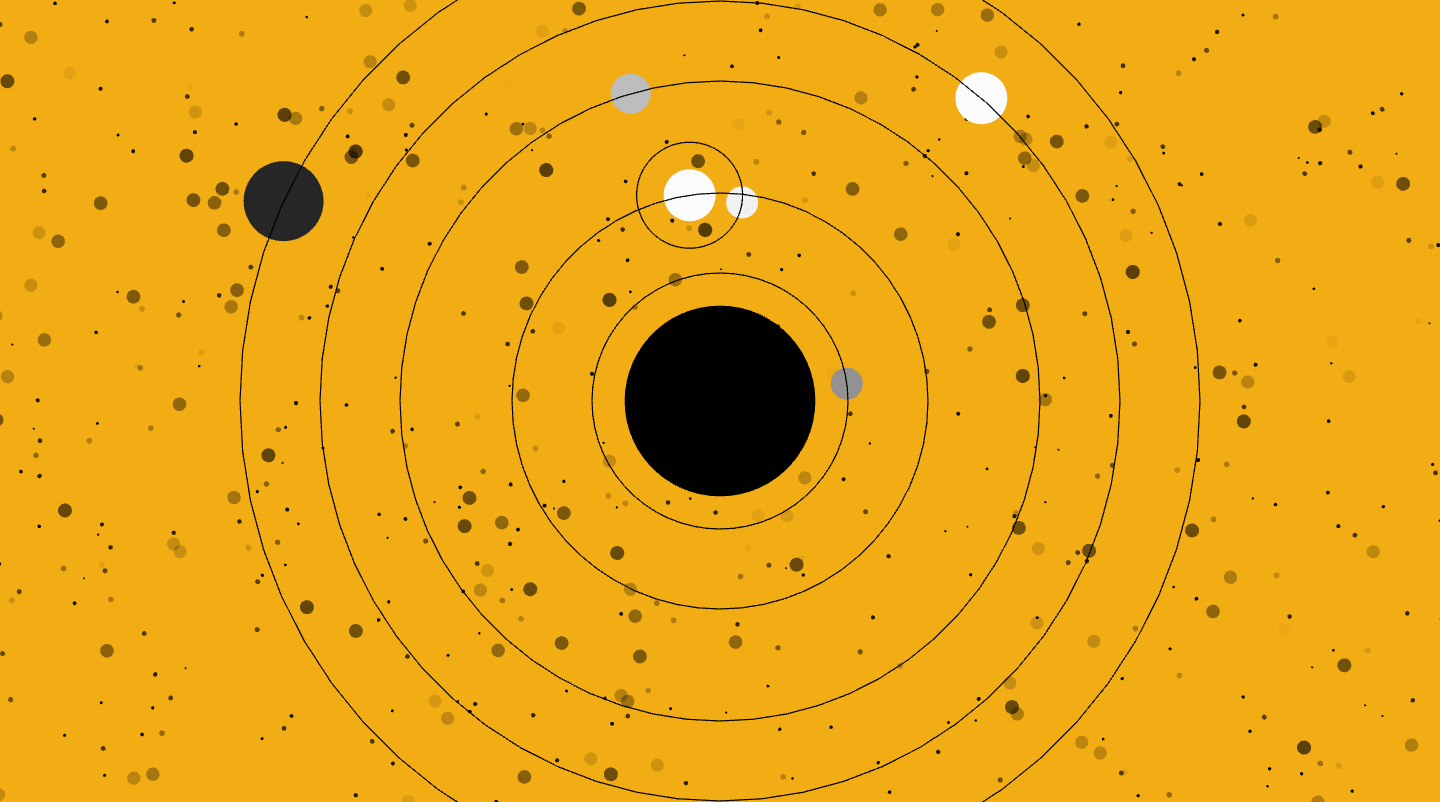 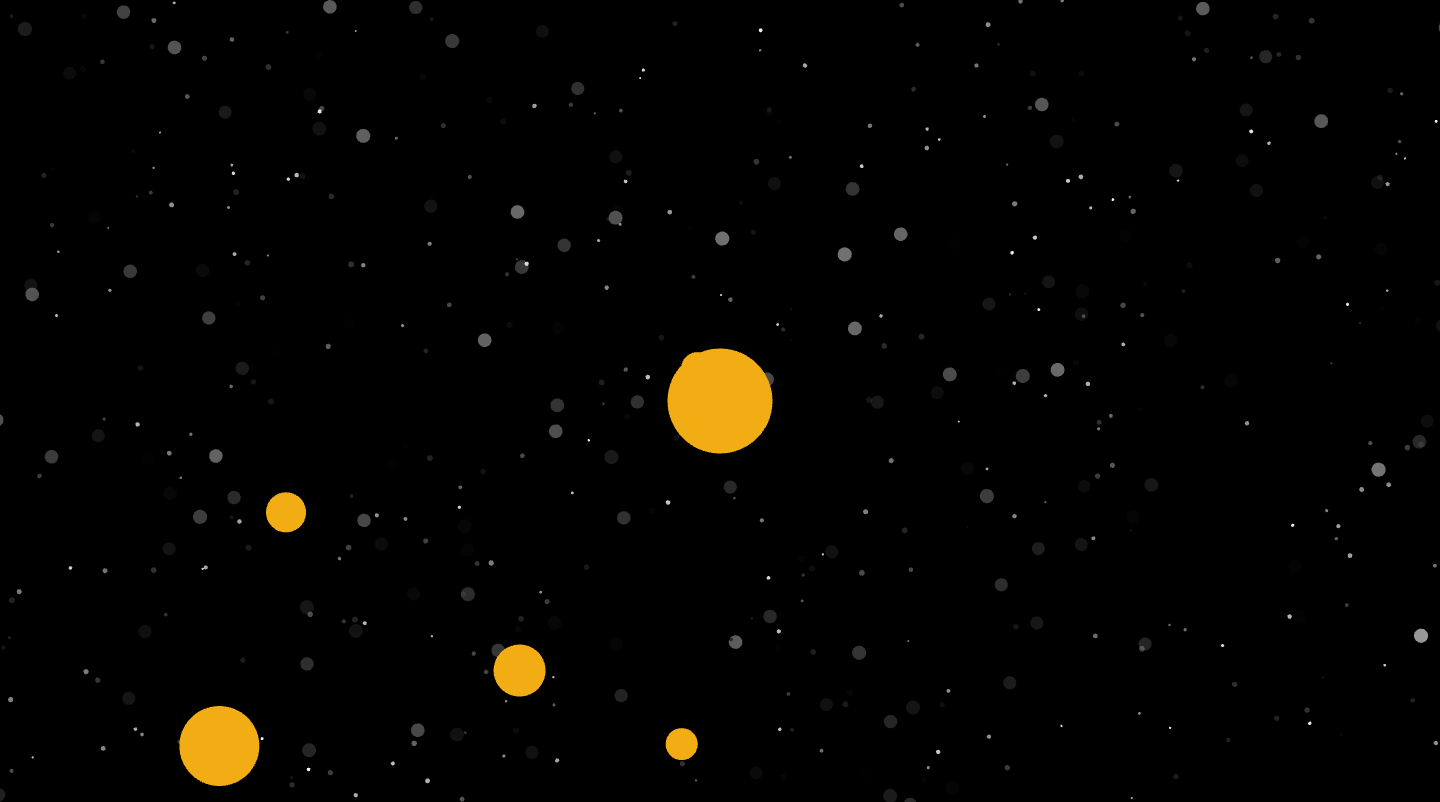 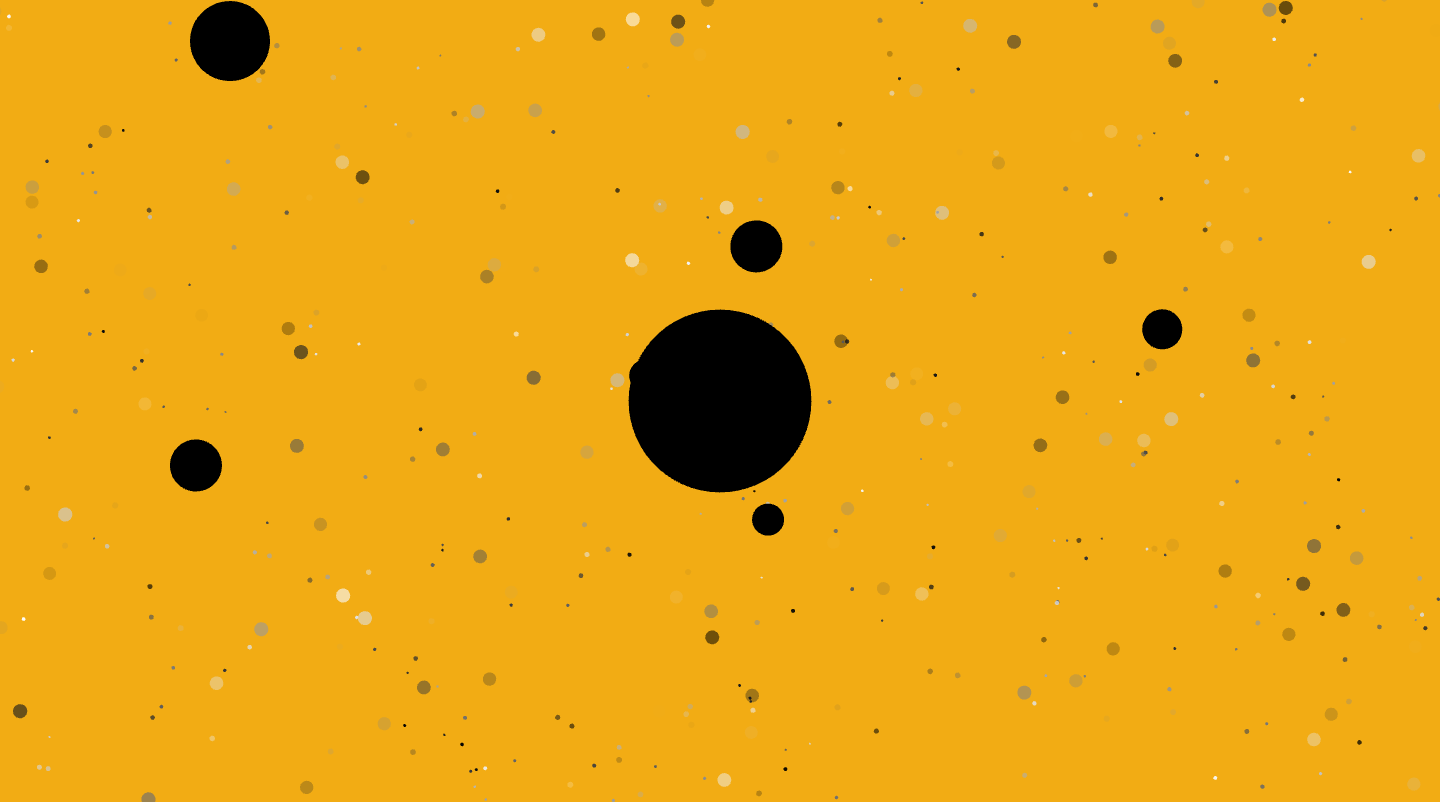 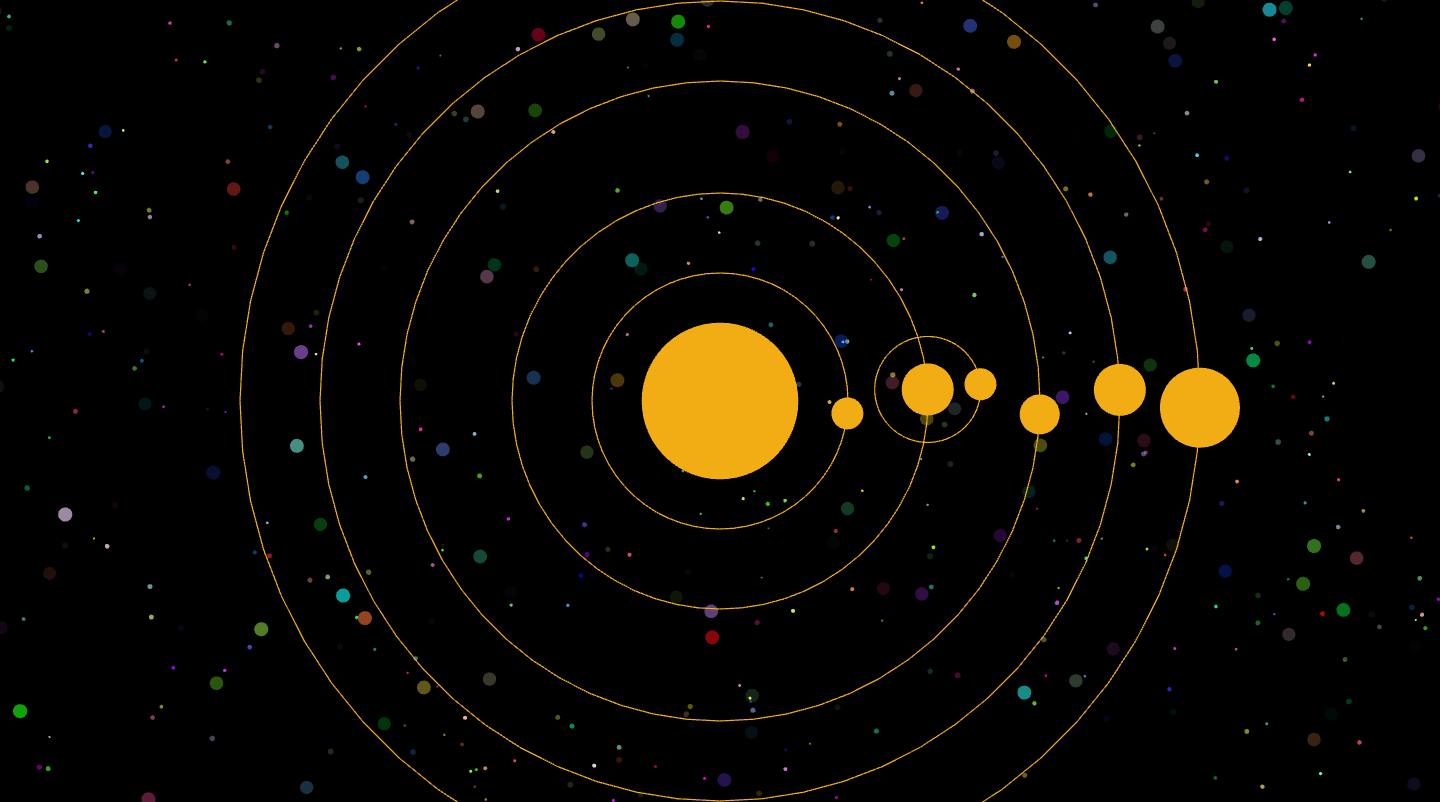 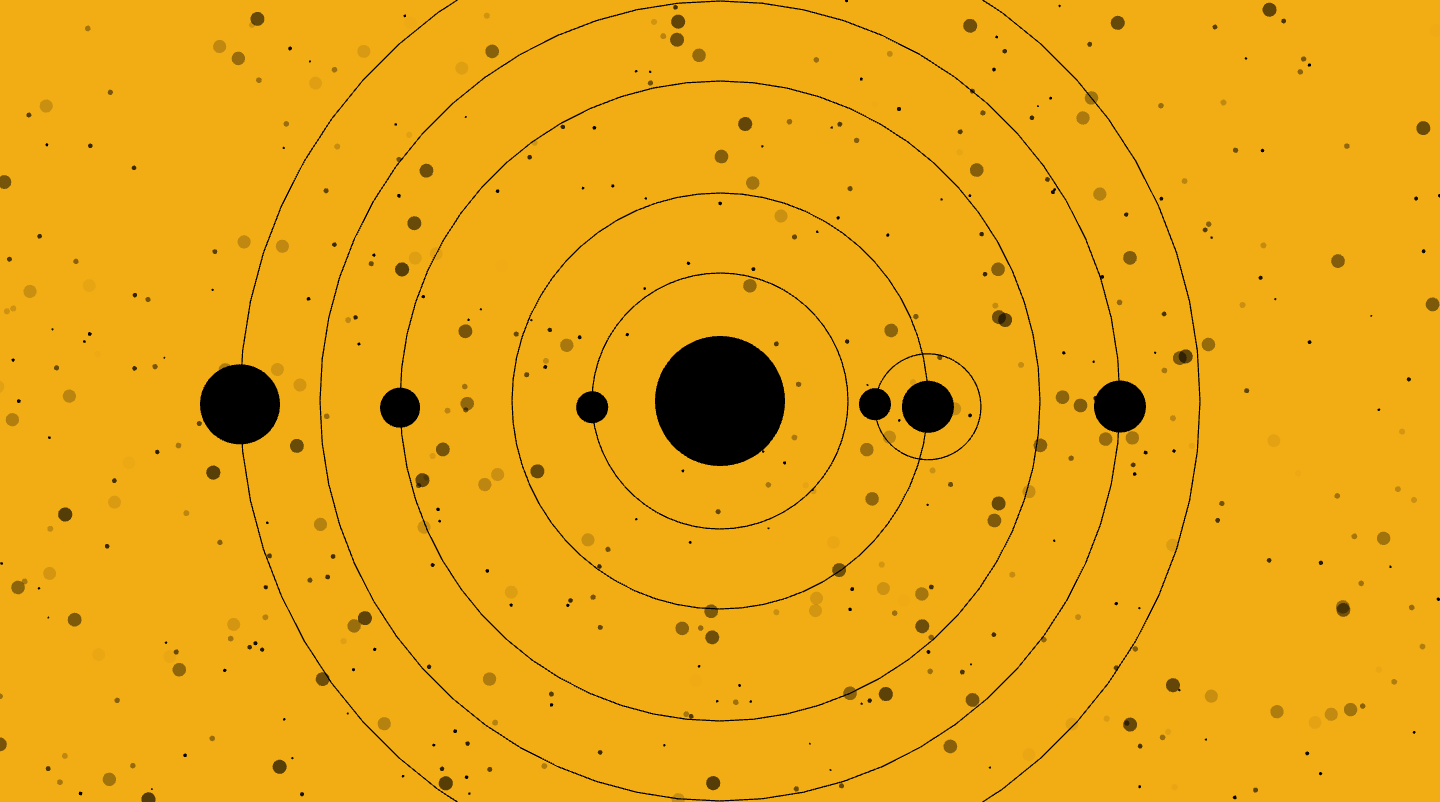